Cheryl has released the new track “Promise This”- and you know what, maybe she should had just given it to Derek!

It’s not great, and I think her keeping Ashley’s name to continue with her career and singing about another guy is just…weird

But it looks like even she knows she’s got to pull something out the bag as when US icon Katy Perry was a guest judge on the show Cheryl’s insecurities got the better of her.

The Sunday Mirror reported “Cheryl felt Katy outshone her at auditions so it came as a double blow when she heard she was in the frame for X Factor US. It’s awkward for Simon because he doesn’t think Cheryl’s right for the US, but on the flip side he feels an obvious obligation to her.”

And it doesn’t end there!

A few weeks ago, I reported that Cheryl wanted to have boyfriend Derek Hough as her guest judge for the next stage of X-Factor. However Richard Holloway X Factor boss shut that dream down-

“But when Richard Holloway got wind of the idea he stepped in and ­immediately said ‘No’. This is the biggest show on TV so he feels that likewise mentors should be the biggest names in the music industry, not the judge’s latest squeeze. It’s unprofessional to say the least.
“She was persistent in wanting Derek by her side, but it was explained to her that he is a dancer not a singer, and that X Factor is about singing.” Derek is known in the US as a professional on Dancing With The Stars, the American version of Strictly Come Dancing, but here is simply Cheryl’s boyfriend.

Instead, Black Eyed Peas singer Will.i.am will be parachuted in to join Girls Aloud singer Cheryl, 27, in Ascot, Berks, next week, when she will pick her three X Factor finalists.

Awww, never mind- I think it is for the better as could you imagine Derek’s face for every time he would have heard people refer to his GF as “Cheryl Cole

Let me know what you think of the new track, enjoy xx

Miss Cheryl and beau Derek Hough seems to make the papers wherever either or ither seem to go.

After being in LA for the last couple of days, it looks like the US paparazzi can’t get enough of Derek and Girls Aloud Cheryl. So far the two have been to see Salt (the new Angelina Jolie film) and last night they arrived together at the Beverly Hills Steakhouse Cut, where Cheryl sported a sleek navy blue dress & new set of hair extensions.

We here @ OnToTheNext1 have an inkling feeling along with the rest of the population that this is more than just friendship as reports claim that the couple will go public after the divorce. Not only that, but the pair have become inseparable since they met, going on holiday, Hough’s unique present to Cheryl where sources claim “that the couple are ‘deeply in love’. “Derek gave a her locket he found at a flea market. It’s very old and has two black and white pictures of an unknown couple.”

“Cheryl was apparently overwhelmed with it. They’ve both felt there is a sense of destiny about this relationship so it was a touching gift.”

So what is next for the two lovebirds?

Well apparently it is now rumoured that Tweedy would like Derek to be her guest Judge for X-Factor- The Judges Houses. Last year Cheryl had the likes of Kimberley Walsh, and Will Young by her side which made her the winning judge two years in a row. 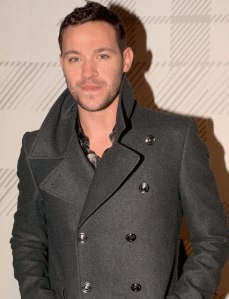 Sources from newspaper tabloids claim the Cheryl feels that because Derek has a fantastic resume, he could be the perfect candidate in helping her secure another winning act for this year’s show.

I’m sure Mr Simon Cowell would be impressed with that as a source told a newspaper “Simon thought last year’s contestants didn’t move enough. He called one of them, Stacey Solomon, a singing candle,”

They added: “Cheryl thinks that having dancer and choreographer Derek on board will boost her chances of winning. She can help with their ­singing and he can teach them some moves.” 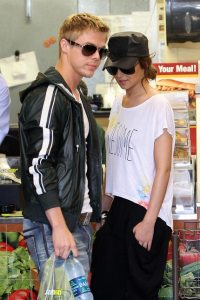 As well as that, last week we bought you reports that Cheryl is looking for a home in LA, well get this- Cheryl has ditched her Surrey home to film Judges Houses, and is staying in LA to be with Derek, who get this-who is apparently on the brink of proposing to Cheryl!!

A source told Now magazine: “The only reason he hasn’t pushed it is because she’s so recently split from Ashley….But when the time’s right, within a year he thinks, he’ll ask her.”

And we hope he does wait as Cheryl has decided to cancel her autobiography Cheryl Cole: My World. The self titled novel was due for release this September but has been scraped as the book would have contained her past that we can all see she has long forgotten about!

And with rumours of Derek and Cheryl to both appear on Dancing With The Stars and Cheryl to apparently be looking at scripts roles for Desperate Housewives, I am sure that for now they both have enough on their plate!